Our mission is to care for those that are sick and get them well, and to keep those that are well from getting sick. We demonstrate this by growing chiropractic with patient education, serving our community by partnering with many local organizations as a part of our Give Back Movement, and dominating healthcare by becoming more accessible and affordable to every family in our community. We know that every member of your family deserves the healing and prevention that chiropractic can offer, so we are passionate about sharing the chiropractic message.

Doctors You Can Trust 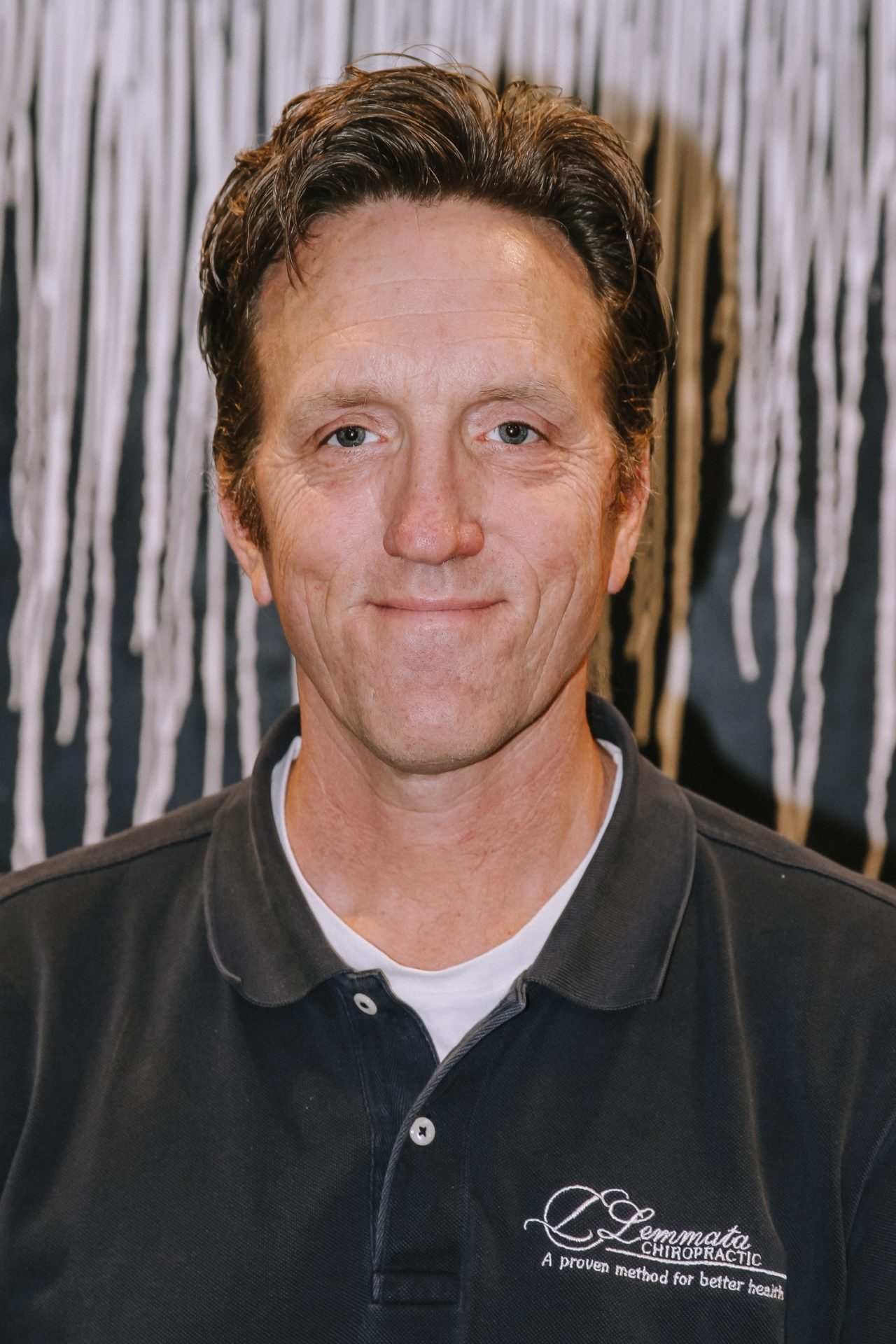 Dr. Andy was born in the western suburbs of Philadelphia, PA. Yes, an Eagles, 76ers, and Phillies fan. He joined the US Army National Guard right out of high school and attended Penn State where he got a BS in Business Management, and a 2-yr ROTC scholarship that landed him his first passion, Flying Helicopters in the Regular Army.

He was blessed to achieve many dreams in the Army, Blackhawk helicopter pilot, Executive Officer in Desert Storm, Platoon Leader in 101st Airborne Division, Ft. Campbell, Company Commander in Korea, Paratrooper & Regimental Aviation Officer in Ft. Bragg, NC and numerous other stations during the 11-year career.

Many people ask, why not 20 years in Army. Short answer – He wanted a family in which at least the dog would know him when he got home…. Another words, he wanted a family life that wasn’t a fit for Regular Army lifestyle.

His former self would never have told you, he’d be a doctor, nor be a part of something so big. Chiropractic is a calling. It’s not your usual health care. He’s used to seeing weird and fantastic things from being in the Army… So… For the past 14 years, he has dedicated himself to the philosophy, science and art of chiropractic.

Dr. Andy works with people to empower them.

“The power to question, is the basis of all human progress” – Ghandi

Dr. Martinez opened Lemmata Chiropractic in 2015 after five years of experience treating patients in big cities and small towns in Texas. While pursuing his degree and before graduation in 2009 from Parker College of Chiropractic, he was treating patients in Dallas. After graduation, he joined a multi-office practice in Houston as Associate Doctor. With the experience of treating patients in high stress – high pace cities, he felt it was time to gain more experience in a different setting. In 2011, he moved to the smaller city of San Angelo and put big city traffic in the rearview mirror. San Angelo provided different pace, different people and different experience in treating patients. Having joined the small city clinic as an Associate Doctor, his experience expanded from the individual to family care. From all ages and backgrounds, the children, parents to grandparents would come to the clinic. Many would travel from the neighboring towns based on word of mouth.

Dr. Martinez grew from these experiences but wanted to open his own clinic and provide the best care while reaching out to the community to serve them.Having met and married his beautiful wife in San Angelo, Dr. Martinez and Layna moved to Virginia in 2014 to open a chiropractic clinic of their own. This clinic would be a caring, listening, family friendly and while providing a service to the Hampton community, it would also reach out and support the community as well.

Dr. Martinez is passionate about creating a great place where everyone can get the help they need now and for the rest of their lives. He uses multiple techniques to help each individual person; he can often be heard telling people how proud he is of them because of how well they have done. As a published author on the topic of concussions, he has real knowledge of the dangers of traumatic brain injury and concussion in the general population, athletes and the military. His literature review, “Concussion: The Misunderstood Injury” was published in the Journal of the American Chiropractic Association in September 2011. He also often works closely with the Community Medical Foundation for Patient Safety. Dr. Martinez is board certified in both Virginia and Texas; he holds the degrees of Doctor of Chiropractic, Bachelor of Science – Health and Wellness, and Bachelor of Science – Anatomy. 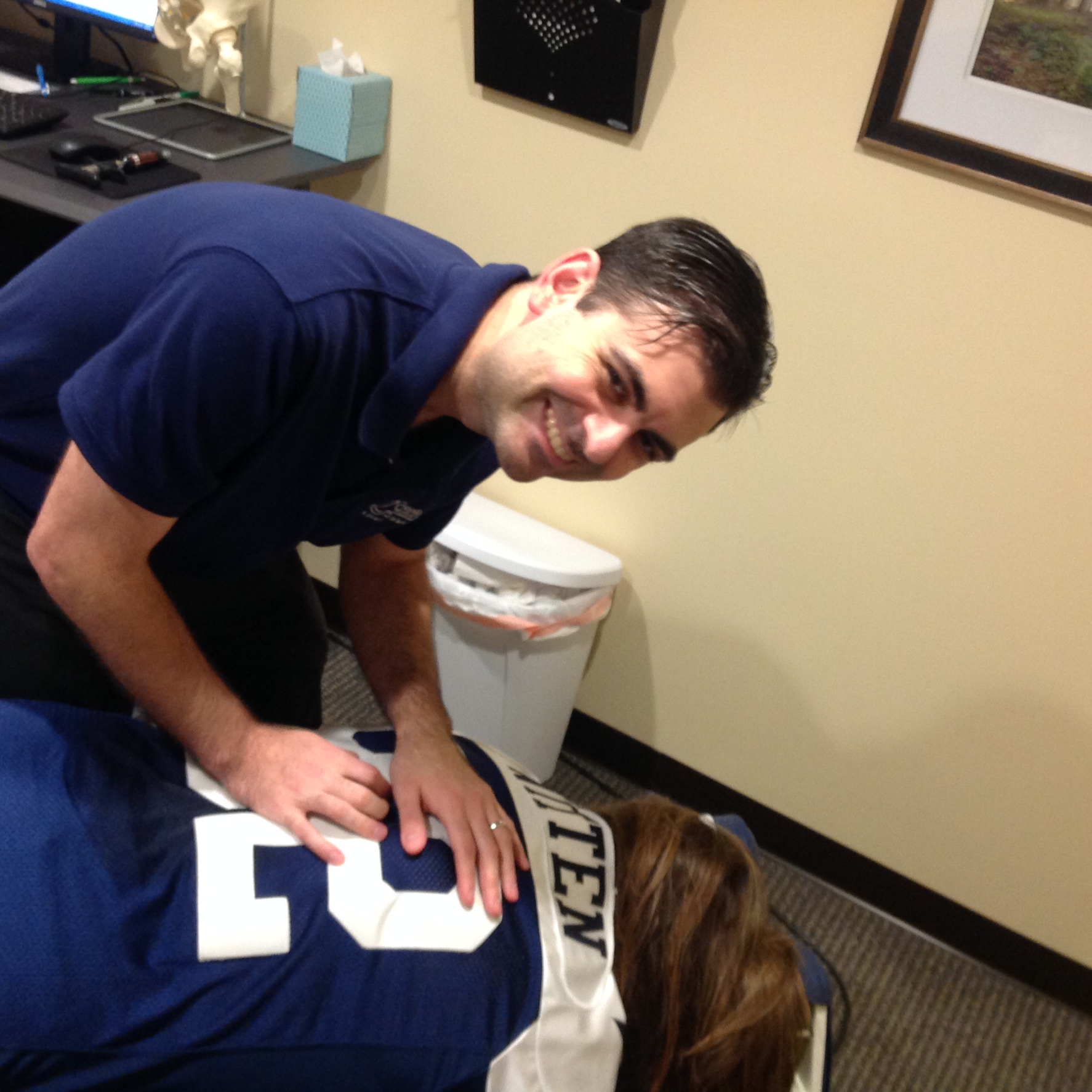 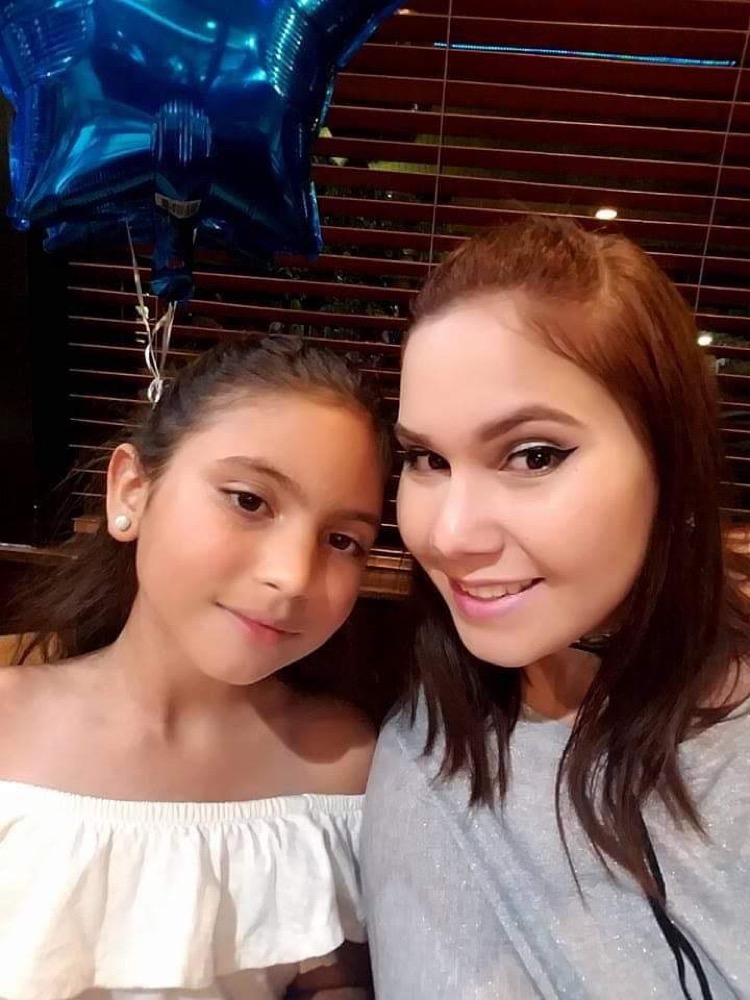 Dr. Yanira Perez was born and raised in the beautiful island of Puerto Rico. Dr. Perez completed her undergraduate studies at University of Puerto Rico and received her Bachelor of Science degree in Human Biology. At the same time, she earned an associate degree as Pharmacy Technician and after working as one for almost 8 years decided that she needed to help her patients in a better way and that is how Chiropractic found her. She moved to Marietta, GA to attend Life University where she graduated with honors and received her Doctor of Chiropractic degree. Dr. Perez is certified in Activator Technique and currently working in getting certified in Thompson Technique.

Dr. Perez is the first Chiropractor of her family. She is a mother of a beautiful, smart daughter who has been raised in a chiropractic lifestyle. Dr. Perez is passionate about serving mom, kids, and families from coastal Virginia. As a chiropractor her purpose is to see families thriving with a holistic lifestyle. In her free time, she enjoys seeing her daughter dance and spending time with family and friends.

Dr. Angel was born in the beautiful island of Puerto Rico. He lived there until he joined the US Navy. During his time in the Navy, he served in an Intelligence Unit that took him from Georgia to California to a submarine. After almost 14 years, specifically when he was stationed in Texas, he decided that it was time to follow his heart and make true his long life dream of helping others. He knew that it had to study something that helped people get better physically and mentally, but also knew that he didn’t want something that had to do with putting chemicals inside the body. After long research and being in a quest for improving his health as well, he came across chiropractic and immediately fell in love with the philosophy and approach towards health chiropractic has.

When he decided to begin his journey towards chiropractic and leave the Navy he found resistance from his parents. They were encouraging him to finish his military carrier first, but he knew he wanted to make a difference in people’s health. Furthermore, after 14 years he decided not to re-enlist in the Navy and began his new journey as a chiropractor. When he started his studies at Life University he began absorbing, analyzing, understanding, and loving every single aspect of chiropractic and its philosophy, and he knew he was doing the right thing.

Dr. Angel has two children and two grandchildren, who he is very proud of. They have supported him through all this journey and encouraged him to keep following his heart. He is extremely passionate about helping people and will make sure that when you see him as a patient you leave the office with a whole sense of well-being. He knows that chiropractic works and firmly believes in it.

“A fundamental concern for others in our individual and community lives would go a long way in making the world the better place we so passionately dreamt of.” -Nelson Mandela 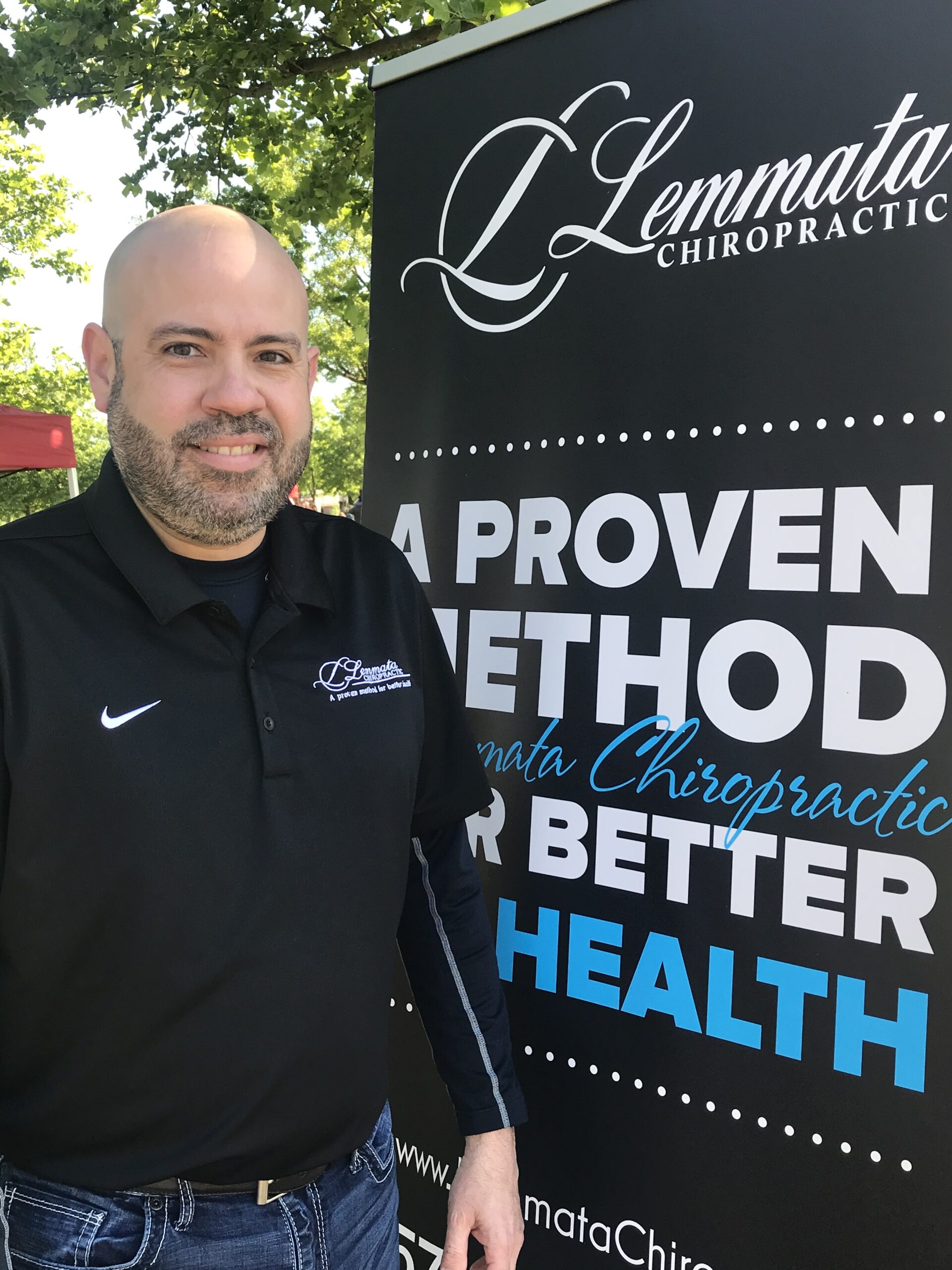 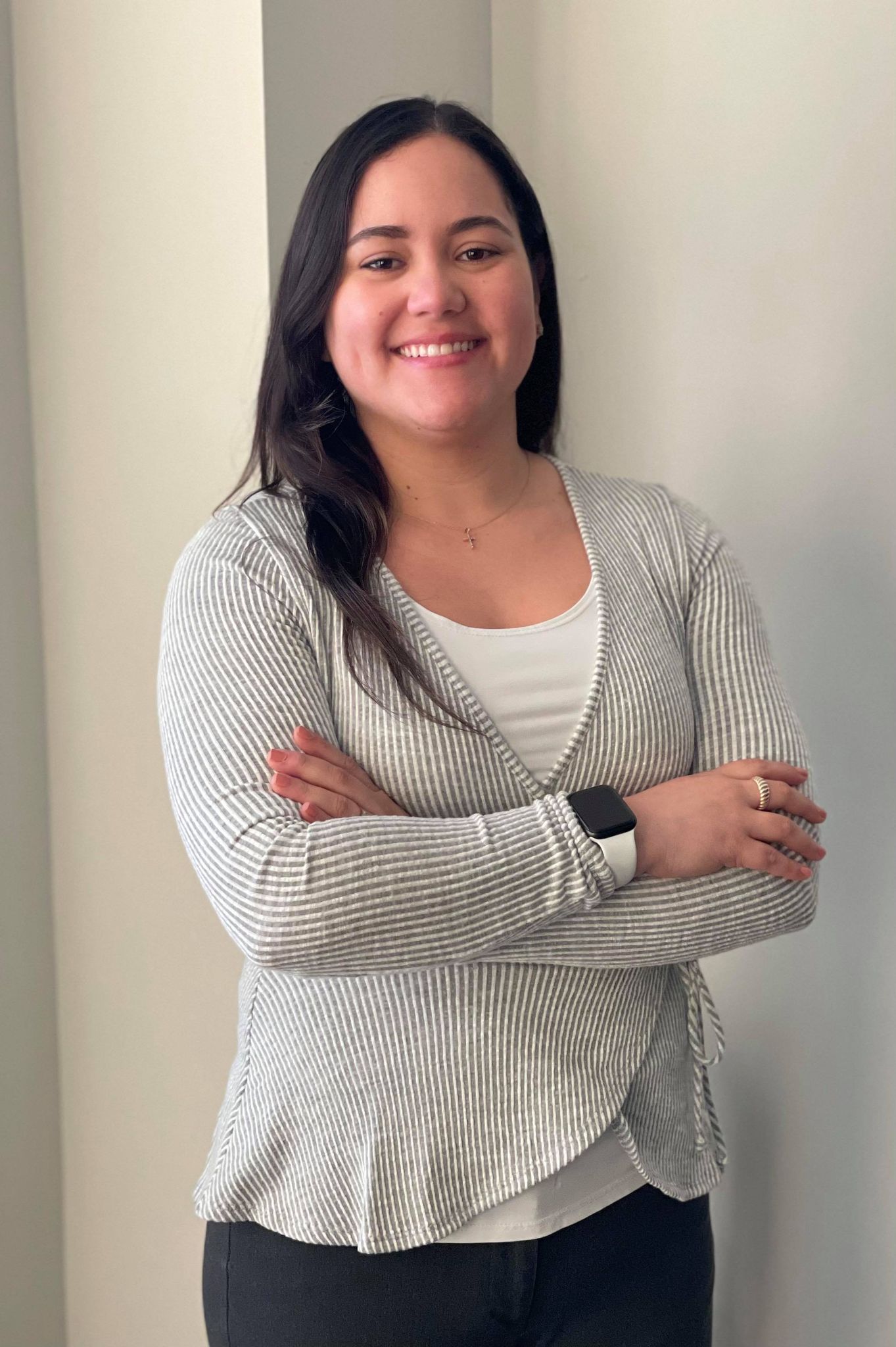 Dr. Lavezzari was born in the beautiful island of Puerto Rico. Growing up, she knew that her future would include a career path involving health, helping people and physical well-being. Since little, she was always involved in sports and arts: swimming, volleyball and dance. Her passion into sports and helping people led her to become a licensed lifeguard in Puerto Rico to teach kids how to swim for 4 years while doing her Bachelor’s in Microbiology at the University of Puerto Rico, Arecibo Campus. About when she was in her last year and a half of her bachelor’s she discovered chiropractic! She then started chiropractic care as a patient because of frequent neck pain, headaches and back pain and saw amazing results with her case that she wanted to be able to help people with such problems as her. That is why she then decided to leave home and move to Marietta, Georgia to begin with the Doctorate in Chiropractic program at Life University, where she graduated with honors.

Dr. Lavezzari has done many hours of training in different chiropractic seminars throughout her years at Life University and has received her certification in the Webster Technique, which focuses on pregnant moms and as well as another certification in Nutrition. She is very passionate about helping kids, moms and families experience health and overall well-being. Her purpose with being a chiropractor is to express awareness in the community and educate the importance of chiropractic care since birth so we can have more people in a chiropractic lifestyle in the future. That is why she would also like in the near future to get certified by the ICPA (International Chiropractic Pediatric Association) to be able to help more in-depth newborns and kids.

In her free time, you can find her having quality time with her husband, watching a good movie or exercising.

We are a team of community-first chiropractors. Our goal is to improve the quality of our patients’ lives through preventative measures and expert treatment services. We regularly partner with local organizations to maximize accessibility and affordability for those who need it.